skip to main | skip to sidebar

summer is in full swing and after the kickball, the camping, the parties, the concerts, the rafting, the vacations, and the fubar toooo daaa maxxxxxx, we thought it would be a nice idea to end our summer with a bang.

the concept is simple. an end of summer gathering consisting of summertime games with an ultimate team winner. there will be prizes and a trophy and shit, i'm down to put my money where my mouth is!

three Team Captains will choose their teams by DRAFT as soon as we receive word of all eligible players. Save the Date for Saturday, September 5!!!

the games are as follows:
three solo games (worth 10 points each) and one relay race(worth 20 points)
1. Red Rover - your basic childhood game of Red Rover just played with drunk mid-20 year olds.
2. Teabaggin - wrapped around your waist till be a pair of pantyhose, with a potato in it. your goal is to get the potato inside a cup on the ground without using your hands. bend, squat, jump, and work those hips cuz that potato is no joke. as soon as you're done, remove the pantyhose, and tie it to your teammate. repeat till all team memebers have "teabagged". best time per team wins.
3. Pass The Dutchie - each team is lined up in a single file line with their hands tied behind their backs. the team has 3 goals. 1) pass the orange down the line with your chins 2) with toothpick in mouth, pass the livesaver from your toothpick, to your teammate's toothpick and 3) pop the balloon that is taped on your teammate's body without using your hands, or your toothpick! belly bumping, kicking, and elbows are allowed. you have to do these IN ORDER, and they cannot overlap each other. (meaning, if the person in front of you is not done passing the lifesaver, you cannot pop their balloon till they are finished). best time wins.
4. The ClusterFuck Relay Race - a 5 leg race and all team members must play
leg 1 (1 player) - dizzy potato sack race. 15 seconds of spinning then straight into a potato sack to hop ur way over to ur teammates for leg 2.
leg 2 (2 players) - three legged race.. including hurdles. dont eat dirt!
leg 3 (2 players) - wheel barrow race. person steeering is blindfolded, and person on ground has to navigate in and out of cones.. MAYBE the other teams are throwing water on u. lol.
leg 4 (1 player) - no handed hot dog eating. and then straight into a whipped cream pie.
leg 5 (team captain) - blind puzzle. team captian is blindfolded as his team tells him where to put the puzzle pieces. trust us, it'll be the best. puzzle. ever.

ok so... are u ready? U AINT READY?
Posted by Mighty Mighty DubBlock at 8:13 AM No comments: 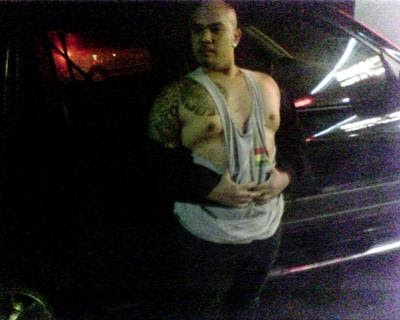 Its About That Time